Read how woman across the country (including me) coped during the pandemic. If you pre-order a copy before July 15th, you will receive a free ticket to the live online event where I will be reading from my essay, “Lockdown”

Her father waited for his eldest daughter on the steps of Army Headquarters, briefcase and cigarette in hand, silver eagle epaulets shimmering in the sun. His smoke drifted up toward the American flag, which hung limp against its pole, no match for the humid stasis of August. A WW II Cannon stood at the base of the flag. 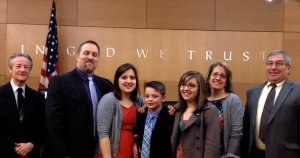 This is a happy day, adoption day Kenton is dressed in a navy blue jacket and tie. A solid, average sized 10-year-old boy, his light brown hair is cut short. A small cowlick forms a circle in the center of his forehead. My father, his new Pappaw, has spent the morning teaching Kenton to tie the knot in his new plaid tie.

I was in Hartford, Connecticut, but I was dressed for Nashville. The country music fans appeared to grow exponentially as the concert start time drew near. Unusually warm for May, spring had finally pushed out winter and was showing off with vibrant yellows and greens. A light breeze carried with it the smell of beer and hotdogs. The concert tickets folded in the back pocket of my jeans were a gift from my teenage daughter, Dayna. I remembered back to a week ago…

I believe in raising my teenagers to obey the law, all the laws, even the inconvenient ones. My belief has been tested several times since my sixteen-year old twins became licensed drivers in November of 2012. We live in Connecticut where the teenage driving laws are among the toughest in the nation. 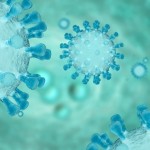 I don’t want to get out of bed on my 30th birthday.  My soul feels bruised in some places, fractured in others.  I have been adrift in the sea of infertility treatments for five years.    I have ridden the waves of hope with my husband Dan, only to be pulled down into an undertow of disappointment.  We have come to the end of available procedures, discharged by the specialists.  We are not candidates for IVF.  For us it is over, until it is not over.